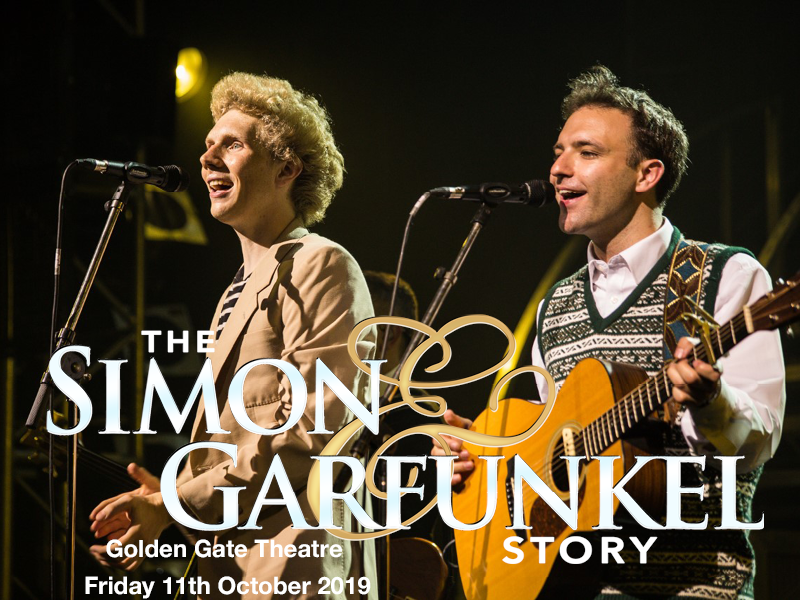 Fresh off an acclaimed tour of Great Britain, The Simon and Garfunkel Story uses theater magic, state-of-the-art video projections, and two incredibly talented musicians to bring to life the most successful duo in pop music history, and follows them from their childhoods in Queens up to their famed "Concert in Central Park" in 1981. This is the next best thing to a real Simon & Garfunkel reunion, so don't miss out. Since its SELL OUT in London's West End, The Simon & Garfunkel Story is a critically acclaimed concert style theatre show about two young boys from Queens, New York who went on to become the world’s most successful music duo of all time. The Simon & Garfunkel Story is a moving and powerful concert featuring all the hits such as ‘Mrs Robinson’, ‘Bridge Over Troubled Water’, ‘Homeward Bound’, ‘Scarborough Fair’, ‘The Boxer’, ‘The Sound Of Silence’ and many more, this is a show not to be missed!
"The standing ovation at the end of this impressive show was a given as soon as the final note faded from the very first song" – Burnley Express – Sally Dhakme

"A must for fans, an education to the uninitiated, this is a tribute show made with true respect for the music – and the audience." – Portsmouth News – Alan Cooper

"The harmonies were pitch perfect, the music captivating in its simplicity and the story, although sad, was told with warmth and feeling" – Whatsgoodtodo.co.uk – Amanda Hayes