Get ready for a Halloween you'll never forget as Madonna comes to Golden Gate Theatre on Thursday 31st October 2019 for the first of three incredibly special, intimate shows on the Madame X Tour! The Queen of Pop is bringing an immersive, theatrical show to the stage that will be a feast for all the senses, but the Madame X Tour will also bring fans the chance to see the Material Girl as never before, with a stripped back, up-close-and-personal performance! A truly unmissable event! 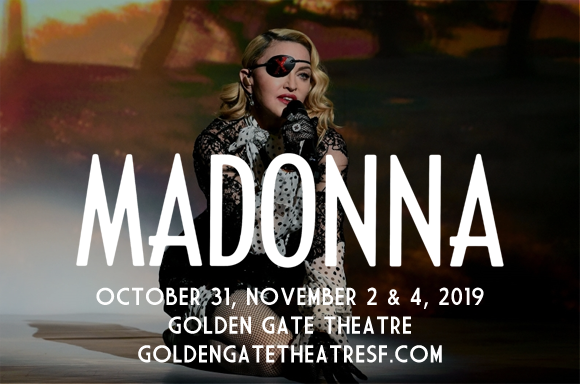