Self-proclaimed clairvoyant, cold reader, and best-selling author Tyler Henry embarked on his first major tour last year. The performer’s major outing, which spans from 2022 to 2023, will extend until spring and makes its way to select cities, including a coveted stop in San Francisco, California! On Thursday, 16th March 2023, Tyler Henry is set to wow the audience at the Golden Gate Theatre! The speaking engagement will provide audiences with great enlightenment and new discoveries as the psychic of the stars provide live audience readings and conduct an interactive Q & A! If you are prepared to be amazed, you should hurry and grab your tickets now! 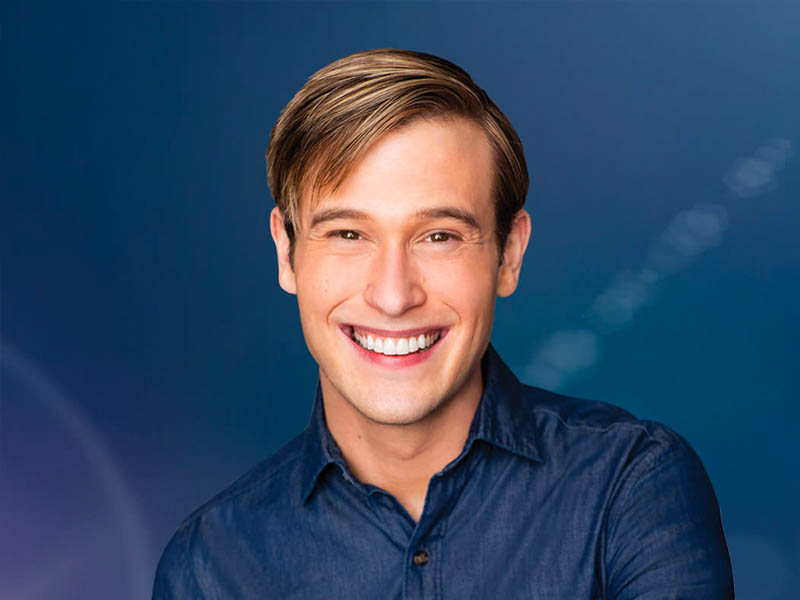 Tyler Henry is a young psychic reader and clairvoyant who has been making notable media appearances. He first emerged in 2015 and appeared in the immensely popular reality show, Keeping Up With the Kardashians. During the episode, he provided readings to one of the Kardashian sisters. In 2016, Henry launched his show, Hollywood Medium, with Tyler Henry on E! Henry, who has been dubbed as the “medium of the stars,” has also been in recent headlines. During his second brush with the Kardashians in 2017, Henry predicted that entertainment journalists reckon true five years later.

One year later, Henry was featured in People magazine. The publication highlighted claims about his abilities and his developing powers. However, his predictions and talents have been somewhat controversial to some, especially during an episode of his show where he communicated with the late Michael Jackson. In 2019, Hollywood Medium with Tyler Henry aired its final episode after four seasons. The celebrity clairvoyant launched Life After Death with Tyler Henry three years later on Netflix. The show featured numerous celebrity guests, such as Carmen Electra, Kristin Cavallari, The Kardashians, Alan Thicke, and many more.

You can Tyler Henry this Thursday, 16th March 2023, at the Golden Gate Theatre! Tickets are now available!