Simon and Garfunkel, one of the most successful duos in musical history, comes to you in the form of a musical, The Simon & Garfunkel Story comes to Golden Gate Theatre on Wednesday, January 18th, 2023. The concert tells the story of these two, an immensely popular duo, from their humble beginnings as Tom & Jerry, to their incredible success as one of the best-selling music groups of the ‘60’s, culminating with their famous concert in Central Park in 1981, where there more than half a million fans formed the audience. 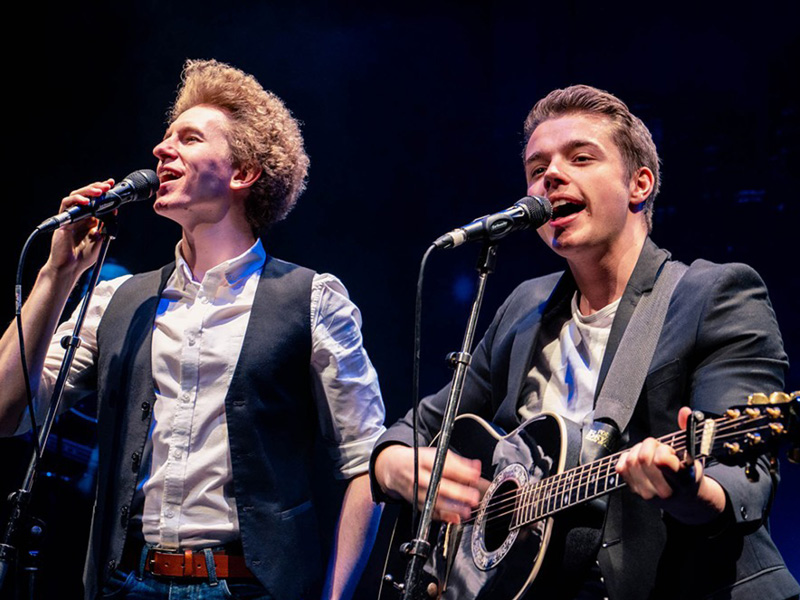 The instantly recognizable duo of all time, Simon & Garfunkel, last shared a stage at the New Orleans jazz festival in 2010. They did reunite, however, for a handful of performances, the most notably being the 1981 free concert in Central Park.

Since its sell out in London's West End, 'The Simon & Garfunkel Story' is now the World's leading theater show. The musical tells the story of their early years, their humble and nervous beginnings as Tom & Jerry while still at college, to their incredible successful career, as one of the best-selling music groups of the '60's, and it includes their dramatic split in 1970. The magical musical brings to life, all the Simon & Garfunkel music, featuring a full live band and state of the art video projection and lighting.

Simon & Garfunkel’s perfect harmonies and songs captured the times, and made them one of the most successful folk-rock duos of all time. With more than 100 million album sales since 1965. The duo identified some greats as influencing their careers, bands and people like the Everly Brothers, Bob Dylan, and the Four Aces. Simon and Garfunkel, in the career together, sold more than 100 million records, and were listed in 2010, as one of the Greatest Artists of All Time.